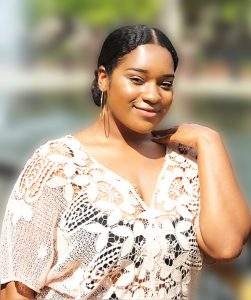 Natalia Mallory began her training in classical ballet with the Royal Academy of Dance technique under Patti Ashby and Pamela Sosa in Bakersfield, CA, at the age of four. She has also trained in Modern and West African dance under her Mother, Dawn Mallory. At the age of 10 she began assisting her Mother in teaching dance throughout Kern County with support from The Arts Council of Kern, which sparked a passion for teaching and creating inspirational work. From age 12 to 18 she trained at Civic Dance Center and continued her passion for dance and performing arts at the American Musical and Dramatics Academy in Hollywood.

She was featured on the hit TV show, So You Think You Can Dance, along with her sister Sasha Mallory in 2011. Shortly after she created her competition company, MAD Krew, that is now in its 9th season. Natalia has choreographed over 15 musicals, has taught dance throughout the Kern High School District, and served three years as the dance coach for California State University, Bakersfield. Miss Mallory is also pursuing a career as a recording artist and is utilizing all of her artistic backgrounds to inspire the masses. 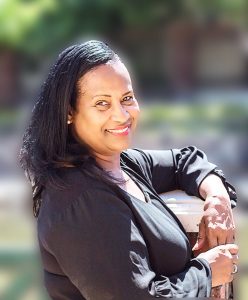 Dawn Mallory started dancing Afro Caribbean movement at the age of 3 in her native country of Trinidad and Tobago. Once she moved to America, she continued to train in New York City expanding her techniques with ballet, modern, and jazz. While Dawn served our country in the United States Navy, she toured in Japan with multiple dance companies. After returning to America, she went back to college and graduated from CSU Dominguez Hills with a degree in International Business and Finance along with a BA in dance.

After settling in Bakersfield, Dawn taught modern dance at Ashby’s Academy of Dance for 7 years then continued instructing at Civic Dance Center for 12 years. Throughout her time in Bakersfield, Dawn worked with the Arts Council of Kern, exposing our community to dance and cultural music. Dawn takes pride in all of the work she has put into so many students over the years. She is most proud of her three beautiful children (Sasha, Yannis, and Natalia) who all trained under her, and continue to build her legacy and love for the arts.

Trinity Beasley is a graduate of Stockdale High School and has been training and participating in various genres of dance at Civic Dance Center for 12 years, also serving as a hip hop, jazz, and modern dance instructor. Trinity has trained under Natalia Mallory in ballet, modern, and hip hop for 9 years as well as performed on the MAD Krew competition team. Trinity has participated in the American Musical and Dramatic Academy’s (AMDA) Summer Intensive program, where she trained for the stage with classic jazz, tap, singing, and other Broadway-centered performance training. At the Entity Contemporary Dance Company’s Winter Intensive program, Trinity studied modern, contemporary, and choreography under renowned choreographers Will Johnston and Marissa Osato.
As a member West Coast Dance Explosion’s (WCDE) elite Fuzion Dance Company, Trinity traveled the country with the convention, assisting professional choreographers and performing with her company peers. Additional accomplishments include receiving multiple convention in-class scholarships and being selected as a West Coast Dance Explosion’s elite finalist. Trinity seeks to continue to learn and improve in all genres of dance, building her choreography skills, and hopes to become a premiere choreographer of her own dance company. 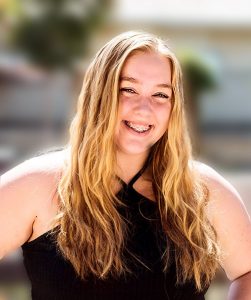 Syd Johanesen started her training in Bakersfield California, at the age of 3. She’s currently a member of California State University of Bakersfield’s dance team. She studied at Civic Dance Center for fourteen years learning ballet, jazz, contemporary, hip hop, modern, and of course tap. In 2013 she started teaching ballet and has enjoyed educating and inspiring young dancers.

Syd participated in MAD Dance Krew for five years and is thrilled to continue working with the company at its new home at Mallory Academy. Johanesen has attended LA Tap Fest for three years. During her time, she performed under Jason Samuel Smith, Jason Janas, Ivery Wheeler, and other heavily influential tap dancers. In 2016 Syd performed as a member of West Coast Dance Explosion’s Fuzion Dance Company. Syd is extraordinarily excited for new opportunities and is passionate to inspire her new students.